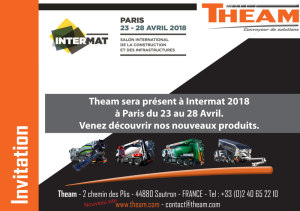 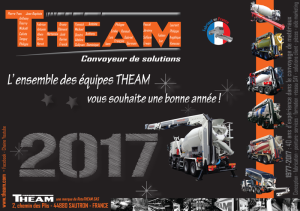 Mercedes-Benz Arocs can ‘access all areas’ for Maen Karne

The latest Mercedes-Benz addition to the fleet of Cornwall’s Maen Karne Concrete Products is now delivering ready-mix to ‘tight spots’ across the South-West.

Supplied by Dealer City West Commercials, the 6×4 Arocs 2636B is fitted with a 6m3 drum by McPhee Mixers, of Glasgow, and a French-built Theam telescopic conveyor. The radio remote-controlled hydraulic conveyor can be deployed in any direction within a 180-degree radius of the rear of the truck, and used to carry wet concrete over a distance up to 12 metres; for precise placement, it also has a 360-degree rotating chute. When not in use, the conveyor is folded and the end stowed in a cradle alongside the mixer.

Maen Karne Operations Director Ross Facey explained: “There are a lot of narrow lanes and tucked-away farms in this part of the world, and the conveyor system gives us the operational flexibility we need to deliver ready-mix concrete to locations at which access is restricted.

“In the past we’ve run conveyors through doorways and down the sides of houses – the only alternative in such cases would have been a team of men and wheelbarrows, but when you have 11 tonnes of curing concrete and the clock is ticking that’s not ideal. We use the conveyor system because it’s what customers need down here, and this smart new truck is certainly going to be kept very busy.”

Maen Karne – the name translates roughly in Cornish to ‘Rock Stone’ – operates from a new headquarters at Melbur Works, near Fraddon, Newquay, and from other depots in Hayle, Penryn, Launceston and Truro.

The new 26-tonne Arocs has a ClassicSpace S-cab and advanced straight-six engine, which transmits its 260 kW (354 hp) output via a Mercedes PowerShift automated gearbox. A replacement for the company’s previous mixer-conveyor, it has joined a mixed-marque fleet of 70 trucks of various sizes, all of which proudly wear the black and white colours of St Piran’s flag of Cornwall.

The line-up comprises a number of Mercedes-Benz tractor units and six- and eight-wheeled tippers which were also supplied by City West Commercials, including several other examples from the purpose-designed, Arocs Euro VI construction range.

Mr Facey continued: “The complexity of the body means our new mixer-conveyor is probably the most expensive truck on the fleet, so we had to be confident we were choosing the right chassis. The Arocs offers the proven reliability and durability we’ve come to expect from Mercedes-Benz, and is a touch narrower than some of its competitors, which is helpful given the nature of the work.

“Its highly competitive body and payload allowance was another factor that weighed in favour of the Arocs. We were keen to offset the reduction in payload that the conveyor inevitably causes by mounting the body on the lightest possible chassis.”

Maen Karne’s Mercedes-Benz trucks are inspected and serviced under Repair and Maintenance Contracts at City West Commercials’ workshop in Roche, with the Dealer also sending its mobile technicians to the customer’s own premises.

Mr Facey added: “City West’s Truck Sales Executive Richard Smith acted as a link between the various suppliers in the chain and provided me with regular progress updates, while Lorna McFarlane at McPhee Mixers was also particularly helpful, with her team working around the clock to ensure the truck made our stand at the Royal Cornwall Show – which it did with hours to spare! Both provided an excellent service.” 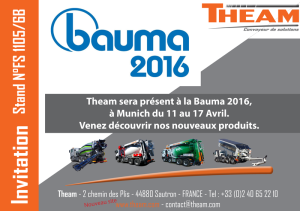